Not all NVM drives are created equal!

Over the weekend, I learned the hard way what happens when you deviate from Vmware's HCL list.

For reference, the hardware for my hosts is level-set as follows:

The HP EX920 1 TB NVM drives were installed into of the above ESXi 6.7 hosts U1 hosts a few months back, and were running without issue

Last month, I took 2/3 of the hosts and created a two-node vSan cluster, that's where the trouble started.

Shortly after creating the vSan cluster, the vmware auto update manager indicated my vSan components were out of date, and required a critical fix. I happily applied ESXi 6.7 U2 to both hosts, on reboot, my NVM drives were gone. After a few minutes of internet searching, I landed here:

I followed the work-around in the blog, which was simply to take the NVME.000 driver from an ESXI 6.5 build, copy it to /bootbank and reboot the host. Nice! My NVM drives reappeared. Shortly after completing this step, I ended up removing my vSan config as I needed the hosts to study for some upcoming Citrix cert exams

As of the time of this blog posts, the hosts are just running local storage and I run periodic manual vMotions over 10 GBe (fast!)

Over the weekend, I was running some manual vMotions between the hosts over 10 GBe and noted some very odd behavior:

Attempting to run vMotions of 3 or more VMs from the HP EX920 NVM internally to another SSD in the same host, or to another host's drive over 10 GBe would result in the HP EX920 going offline approx 5 mins after the vMotion job completed

As I was aware that my NVM driver was taken from an earlier version of ESXi, I decided to repro the issue on various older versions of ESXi. At home, I can provision these HP hosts very quickly, as each is connected to an IP KVM, and I keep spare USB drives. So, I was able to test out ESXi 6.5, ESXi 6.7 GA, ESXI 6.7 U1 and U2 . Once the base ESXI image was installed, I use host profiles to get up and running. Here's what I found:

Regardless of the ESXI version/build I chose, the issue was easily reproduced. 3+ or more vMotions and the HP EX920 would fall over

In one of my other ESXi hosts, I had a spare Samsung 970 EVO Plus NVM unit. I decided to attempt to repro the issue on the same ESXI versions/builds using this drive, I wasn't able to! My conclusion, the HP EX920 doesn't play nice with ESXi 6.5 / 6.7, regardless of which NVM driver you use. Others have reported similar results here and here

HP doesn't list much in the way of support for these units, instead, after trawling the HP support forums, I came upon the following:

Seems HP outsourced production and support of the HP EX920 series to a company called Multipointe. I didn't end up taking off the sticker from my EX920 units, but some have reported that the actual chips are from budget-line Kingston, if i'd known that 3 months back, I'd not have bought the units. Hindsigtht = 20/20 !

Anyway, I purchased a pair of replacements ;  Samsung 970 EVO Plus 1TB NVM

I installed them into 2 of my hosts which I wanted to use in a 2 node vSan cluster, and surprise, the issue no longer occurs!

All 3 units have been posted for sale on KIJIJI, the next owner will be explicitly warned not to use them in an ESXi host! 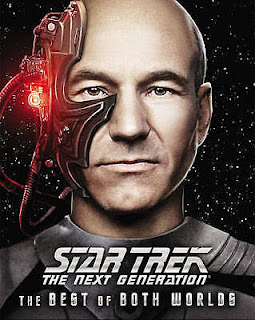 Citrix UPL and FSLOGIX - the best of both worlds

I've been working with Citrix technology for 7 years, and most of that time has been working in the slow-moving world of financial industry IT

That being said, I left that world last summer, to work for a small company here in Quebec, called ProContact.ca. I wanted to focus on SMB, where I felt I could make a bigger difference, and I have !

however, I've still got some older habits, where I prefer to not to be applying new software as soon as it hits the digital shelf. As we all know, Microsoft hasn't done a great job with QA on Win 10:https://www.thurrott.com/windows/windows-10/187407/microsoft-has-a-software-quality-problem

To me, Citrix is almost as bad, a bit better? Some of the bugs I found working on the 7.15 LTSR track were just awful.

In Dec of this year, Citrix finally updated the LTSR path for CVAD to 1912. I read over the release notes and something caught my eye, the User personalization layer (UPL) ported over from Unidesk. For a customer I was working with in 20… 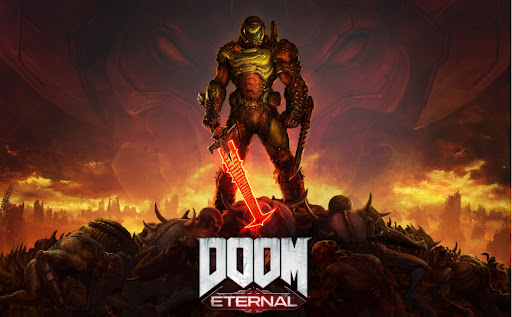 I noted some interesting (annoying?) unexpected behavior with UPL-enabled CVAD 1912 MCS master image machines over the weekend when I should have been playing DOOM ETERNAL
At my current client, we un-installed CVAD 1912 to remove the UPL components. We did this for two reasons
1 - A default install of CVAD 1912 w UPL will create a dependency for AppV on the UPL filter driver.
The environment I'm working in has a mix of Nutanix blades (G4/G5/G6). Those VMs that get booted from the older G4 blades take longer to boot, and note a race condition where the UPL service fails to start, thus causing the AppV filter driver to fail to start

2 - We're unable to get away from the legacy path imposed on via the Citrix UPL filter driver policy that sets that ridiculous A_OK sub-folder. We want to use Nutanix files with multi-path support, so all 3 servers in the cluster distribute the load, this isn't possible with the hard-coded A_OK sub-folder nonsense
Anyway, over the weekend I sta…